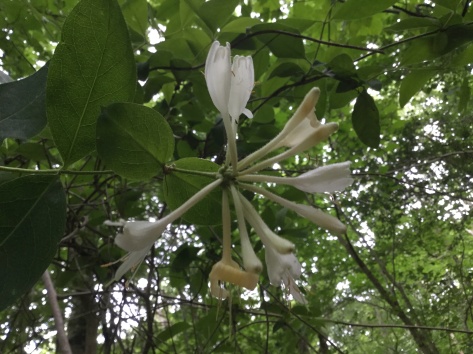 I rarely know for definite what I will be doing tomorrow. As a person who has to adapt at the drop of a hat and has usually changed the timetable for the day several times before its end, planning decades in advance is a strange feeling. But for a woodland whose life is lived on a completely different scale to mine, that is exactly what it takes. It’s not exactly a comfortable feeling, planning for an outcome I may never see – if we cleared and cut areas for coppice now for example, the first commercially viable cut would happen in around twenty eight years time. I hope to keep myself fit, but it would be pushing it for me to be able to participate in that. Planning ahead is still not something I do easily, there is too much emotional turmoil going on in my head. Fortunately, I now have a closer target to aim for with the coppicing at least, a target with which I can fully engage, something I feel positive about because there is the chance of an exciting outcome in the much nearer future.

I think it would be a challenge to find someone who doesn’t have a little ‘ahh’ moment when they see a picture of a hibernating dormouse curled up in its nest. With its fluffy tail wound round its head like a muffler, its orangey-brown fur and scrunched up pink feet, the dormouse is the picture of contentment snuggled into its dry warm bed of honeysuckle bark. Sadly, as with many wild mammals in the UK, numbers have dropped dramatically over the last 100 years, with over a fifty percent reduction in both population and range. But exciting things are afoot round this neck of the woods; with a reappearance of potential habitat and the changing climate, the reintroduction of dormice is now seen as a practical way forward. And one of the possible release sites is quite close to our wood.

There are people alive who have memories of dormice in our area, though these are now distant childhood recollections. A few isolated dormice populations do still exist in the counties around and the odd individual is brought in by one of our county’s cats every now and then, but there have been no records of dormice in our wood or anywhere nearby since at least 1990, and probably long before that. Our wood was once excellent habitat for these charismatic little creatures; now the plan is that it will be so again. When the offspring of some of these reintroduced dormice pop over to our wood to check out the accommodation, I want them to find the perfect place to set up home. To have dormice back in our hazel would truly be a success story and make the reasons for the work we are doing more tangible. So how do we go about achieving Premium Listing on the Rightmove for dormice?

The dormouse (correctly known as the common or hazel dormouse – Muscardinus avellanarius) is a sensitive little mammal. It is classed as a bio-indicator because it is particularly susceptible to habitat and population fragmentation – if the dormice start to disappear, it is the first sign of something happening to degrade the habitat. Conversely, the presence of dormice is indicative of a really excellent environment. Dormice are also flagship species – if you can make a habitat good enough for them, you will be improving the environment for a huge range of species that come along with them; butterflies and other insects, bats and woodland plants for example. Dormice are protected by law because of the threat they are under, but just protecting them is not enough. We need to make the environment more accessible to them again, and to do that we need to understand their needs.

Dormice are small at 75mm (head and body), though their tail is almost as long again. They hibernate underground or at ground level for up to seven months of the year (October to April), but when active, they live in the shrub layer and canopy and are extremely reluctant to come to the ground. If that doesn’t make them hard enough to spot, they are also nocturnal. These days, the most likely way to discover that a dormouse has moved in is to find the summer nest or the fine shreds of honey suckle bark used in nest building. In the past, it was woodland workers who would discover the hibernating dormice as they cut coppice or laid hedges, both winter occupations. There are many stories of sleepy dormice being taken home as pets.

The dormouse will have one, or perhaps two litters if the season is favourable, giving birth to four young on average in the spherical nest of honeysuckle bark. Grass, moss and leaves may also be used to build the nest, which can be a couple of metres off the ground. The female will have a home range of one hectare (around the size of a football pitch), while the territory of a male will take in several of the female’s ranges. Dormice don’t like to travel more than seventy metres from their nest, and are very nervous about crossing open spaces. So, given what we know about dormice, how does this translate into habitat requirement?

Dormice need somewhere to hibernate – trees holes or the gaps under coppice stools make excellent winter hide outs. There must be a good cover of scrub and canopy that can provide enough food for a dormouse from the time they wake, to the time they hibernate; all food sources need to be within seventy metres of the nest and be reached without the need for the dormouse to touch the ground. If isolated the wood must be at least twenty hectares to maintain a viable dormouse population, or it must be part of a mosaic of woodland linked by scrub or hedgerow so that the dormouse can move between areas (fortunately our wood is both).

Dormice have a strange diet. When they wake, they need access to flower pollen – hawthorn and willow flowers for example, then later on bramble and honeysuckle. When the flowers are over but before fruits and nuts have ripened, dormice feed on aphids and insects, (including caterpillars). These are found in hazel, but oak, ivy and sycamore are excellent as sources of insects too. Then, as autumn approaches, dormice will eat hazel nuts, honeysuckle berries, yew fruit, birch seeds and ash keys. A high plant diversity is needed to keep the dormouse fed through the year.

No small task then, but we have a once coppiced, hazel rich woodland, a habitat with a particularly strong link to the dormouse. And we have a plan. By restoring small areas of neglected coppice each year, we will, after a few years, have a linked habitat of shrubby hazel through the wood. This will also provide some of the food the dormice need. A number of the larger trees in the coppice, particularly the oak and sycamore, will be kept for the food resources and we plan to put up dormouse nest boxes to provide additional potential nesting sites. The extra light coming through to the woodland floor from the cutting down of tall trees to coppice should ensure the spring flowers, bramble cover and encourage the honeysuckle.

It is sobering to realise that our actions in the wood today have potentially long term consequences, but hopefully, with a plan, we will improve rather than diminish the potential of our woodland. We may not find dormice choose our wood in the end, but there will be so many species that benefit from a planned approach to woodland management that the lack of dormice won’t be a disappointment. And there is always the hope, that one day, a dormouse will wander our way and decide to set up home. Once again, there may be dormice in the honeysuckle.

The moles think it’s spring! There are new molehills flying up all over the place 😊 • This week’s post from the wood: Operation Little Egret - link in profile
%d bloggers like this: