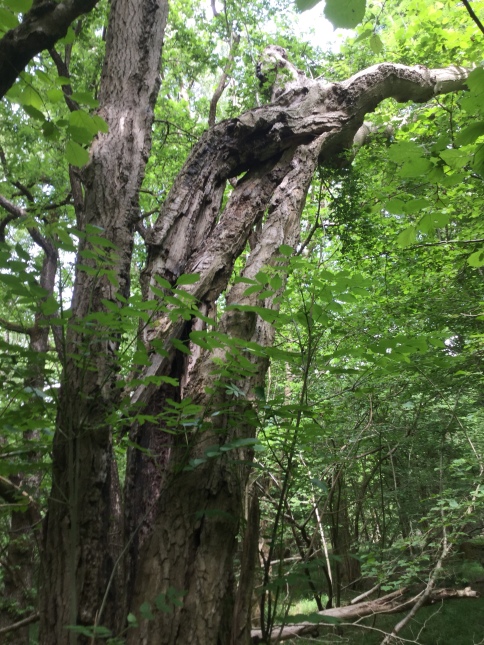 Its hard to explain to people the effect that having to put a child into residential care can have on a family. It is all pervading, relentless. I don’t like to talk about it to people I meet on a daily basis, and they don’t ask anymore. Now that Joe is not with us during the week, they don’t see him and, for them, the crisis has past. Life moves on, and so it should. But for us, we are still living it – I relive the decision to place Joe in that school every morning, question what I have done, have the circular argument over and over in my head. I see the stresses it puts my family under and wonder whether I chose the right difficult route through; would the stress of the other impossible choices have been better?

Some of the difficulties, I suppose, are not too hard to imagine. You could guess at how Joe feels marginalised by society, unfairly singled out, unaccepted, a wierdo, unwanted. You could anticipate struggles both for us at home, but hundred fold for Joe with the weekly readapting to Joe coming home for the weekend, then leaving again.  You could infer the devastation I feel every time I drop him at the school door – even after a year I have not yet left him there and been able to come away without crying. You could perhaps predict my anger at how Joe was made the scapegoat during his last exclusion, my anger at how Joe is in a residential school because, due to a lack of funding, there is simply no day place provision for high functioning autistic children in our county, my anger at how my family has been split apart because Joe has been failed by the system not once, but on numerous occasions. You could definitely see my exhaustion if you could look at me.

But then there are my other children. People say children adapt, and yes, my children are incredibly adaptable, but that doesn’t say they are not feeling negative emotions because of what has happened. And the problem is, because they are children, it is less easy to predict how it affects them. Most mornings, the first thing Amos asks when he wakes up is whether or not Joe is coming home today. He is still not in full time education though he is coming to the end of his reception year – it took me until Christmas to get him to stay for lunch at school as he was terrified he would have to sleep there. Sometimes I find Peta crying, and when I ask her what is the matter, she says she misses Joe; since Joe started at the residential school a year ago and her primary school closed, Peta has carried a stuffed dog with her everywhere she goes… everywhere. And Melody, if she gets into trouble, will cry and say she’s sorry and say we could send her away too if we like because she is not good enough. She breaks my heart. All of it breaks my heart.

Then there are the things that no one would predict. This year Peta moves on to Secondary school. She was terrified. She had seen Joe’s secondary school experience and her confidence was rock bottom. In a ‘normal’ family, she would have just followed her brother into a secondary school. The most important factor in most school admissions policies is whether or not a child has a sibling at that school – it acknowledges the difficulties that would be experienced by a family having children in different secondary schools. Our catchment school is 10 miles in the opposite direction from Joe’s. No matter we thought, our nearest school is only 2 miles from Joe and they have never turned anyone away. Peta, so lacking in confidence, seemed to open up to this new path in her life with excitement. She looked round the Secondary school near Joe and chose it above the other options. It was smaller, more caring, near Joe – they could meet up after school perhaps. Then we got the allocation letter. For the first time in 14 years, the secondary school of Peta’s choice had turned people away. Including Peta.

Peta was devastated. We felt we had to appeal. And so it was that I walked into another legal wrangle with my suitcase full of the guts and gore and blood of my family’s experiences ready for display. I had to explain about Joe, explain about what had happened. I had to lay out my family, metaphorically strip my self naked infront of an independent panel of three, the headmaster of the school and another teacher. I knew nothing about them. I had to expose to strangers painful, intimate details of what my family has been through. I tried to explain why it was so important that Peta had been empowered to make her own choice, how her being near Joe would help keep the family together, that logistically we would be more able to cope. I had to try and prove that the family was at breaking point already and that expecting me to be at two separate secondary schools 10 miles apart, while collecting two younger children off the school bus in the middle might just push me over the edge. I had to make them understand that if we had any chance of having Joe home any more than we did now, we had to be able to pick up the two older children from the same place. I cried through the whole appeal, while talking. The panel asked if I wanted some time out. But what would be the point. The tears weren’t going to stop. Sometimes I feel as though I have been reduced to tears in front of half our county; my dignity was shredded years ago. And then, when I had answered all their questions, I had to get up, scoop all that mangled pain and raw insides of my family back into that suitcase, and walk tall out of the room, a void of ache and exhaustion. This is the kind of effect on a family that no-one sees or imagines. This is the relentless pounding that seems to come with the autism diagnosis. The pressure on our family goes way beyond what you could predict, it is far greater than the direct effect of the autism. It is however, completely, overwhelmingly exhausting.

One thought on “Relentless”